Did you know that dating a vegan can just be as dating someone who loves their meat as you do? All that is required is just having an open mind. The thing is, more people are changing their lifestyles to be more plant-based. It’s not just a celebrity thing. Everything seems to be moving to vegan. Subway, Chipotle… Even Bill Gates is funding vegan mayo. So, the chances of meeting someone who is vegan are higher. But does this mean that your relationship will be weird or one that won’t work?

So you’re dating a vegan

Much as dating a vegan might not be essentially different from dating a fellow meat-eater, it can be a little rocky. But that doesn’t mean that being vegan in a relationship with someone who loves their meat won’t work. This is why we are bringing you this guide on how which will highlight things like dating, eating out, cooking and how to have a lasting “vegan-meat-eater” relationship.

All relationships, no matter what the dynamics begin with a conversation. And it goes well, a chance of a date presents itself. Now unless you are the person who is and a potential partner being a meat eater is a deal-breaker or vice versa, then you need not worry and start doubting the success of your relationship before it has begun. Besides picking veggies and making meals separately, there is a lot of great activities that the two of you can engage in without having to bring food in the picture.

Below are some tips on how you can spend time together, cook together, among other tips.

Go to an animal sanctuary

If you are dating a vegan girl one of the best ways to show her that you really care about her eating choices is to take her on a date to an animal sanctuary. This will definitely show her that you respect her choice of not eating meat because, for some vegans, the decision to stop eating meat stems from how they don’t like the idea of slaughtering animals for food.

Visit and art gallery or museum

Well, this is if your date loves art or history.  I had to pay attention to some of the things she cited as her hobbies and the next date I suggested that. Arts aren’t just limited to museums or galleries. You can go to a fashion event, an open-air concert or even a play.

This was by far the easiest date idea I tried when dating a vegan woman. The thing is, it gave me the courage and relaxed my nerves. So consider visiting a winery. It is grapes. You won’t go wrong here.

This is one of the instances when keeping things simple really works. You are on a date and you don’t really need to do anything fancy. You can walk around as you get to know each other. And while at it, you might bump into some interesting activity you can spontaneously do together such as renting bikes and racing…

Try out some active date ideas

Get ahead but trying out some active date ideas. Moving away from our comfort zones can really help spice up our love lives or get ahead in the dating game. Some ideas to consider are hiking, river rafting, indoor rock climbing, carnivals or state fairs, skydiving, roller skating, camping, mountain biking, horse riding… Those are just but a few options that have come to mind. All I am trying to show the person dating a vegan girl that the options are endless…

The way to a man’s heart is through the stomach. I guess the reverse applies to women as they really respect and feel very appreciated when a man isn’t afraid to get his hands dirty in the kitchen. So when I was ready to invite my vegan potential mate to my own space, I decided to cook her a meal. Now if you are someone who is dating a person who is vegetarian, then it makes it even more special because in their case, you have their special dietary considerations to consider.

If this person you are getting to know is vegan, please don’t just make yourself some juicy steak then you hand them over a not-thought-out bean burger. Appear thoughtful. How about looking for a colorful plant-based recipe and try your hand at it.

I realized that there are lots of beginner recipes if it’s your first time to prepare a vegan meal. No matter how it comes out, this person will appreciate the effort you made and they will realize just how much you respect and care about their dietary choices.

There are also some ‘meaty’ vegan recipes you can consider if your significant other is a meat lover. Well below are some of the dishes you can cook together that you can both enjoy without making the vegan partner sacrifice their values. Lucky for you, these days, almost anything is vegan. Try these…

Google the above recipes and have some fun making them together. Apparently, couples who cook together have happier, sexier relationships. So go ahead and start developing that kitchen love.

Benefits of your sex life when dating a vegan

So you’re dating a vegan. Are there some benefits to your sex life? Well, some researchers believe it might.

Well eating a plant-based diet is known to boost blood circulation. And this kind of circulation is not only the blood circulation to our brains or other parts of our bodies… but also to our sexual organs. Now if you are a meat-eater, now that you are dating a vegan woman you will find some of her eating habits will start rubbing off on you especially if she is the one who will be preparing most of your meals.

Most vegan foods like dark chocolate, leafy greens, fruits, cayenne pepper, beetroot… do boost blood circulation. And the better the circulation, the more responsive you will be to your partner’s sexual advances and touch… and the better the orgasms.

Award-winning Filmmaker James Cameron is the one who made my day. He believes that Viagra can go out of business if more men followed a plant-based diet. Apparently, this was put to clinical tests in his forthcoming film “The Game Changers” where three men participated to measure the girth and length of their penises. According to Cameron, all three men had better erections after the vegan diet telling the Star: “I’d love to put Viagra out of business, just by spreading the word on plant-based eating.”

Other tips on how to date a vegan

Respect their values and boundaries

… But this doesn’t mean that now you relinquish your own. Your meat-eating values are just as important. If you met when you are vegan and you never made any promises of ditching your bacon in the future, then your vegan mate shouldn’t expect you to stop your meat. Being vegan in a relationship requires one to be as respectful of their mate’s dietary options as they expect them to do in return. That said, both of you need to compromise.

You need to strike a balance when choosing restaurants to bigger things like one not allowing meat in the house. So if you are vegan dating a meat eater, open your communication lines and find a middle ground. If you are not comfortable with meat in the house, then try cooking in separate pans.

Have an open mind

Sometimes, most omnivores seem to have a misconception about what being vegan really is about. There are those who might perceive it to be an anti-meat movement. But the truth of the matter is that vegans come in different forms – philosophers, juice junkies, foodies… There is a whole long continuum. So if you really like someone, then drop your pre-existing notions of a vegan is and let your partner show you. The answer to why they chose a vegan lifestyle might be more shocking that you thought or expected.

I am not saying that now you go vegan. You need to understand that vegans are very passionate about veganism. So if they want to go for a vegan food festival, offer to go with your partner.

When dating a vegan, the most daunting bit can be their social aspect. So barbecues or a simple dinner with friends can turn out to be something else… AWKWARD! You might find that they have carried their veggie burgers. This doesn’t mean that they are up-tight. Believe me, being vegan in a relationship with a meat-eater is also hard for them. So if he or she is flexible enough to attend your meat gobbling barbecues, that cut them some slack and find a way to get then some vegan-friendly alternative.

Always do your research beforehand about how vegan-friendly a restaurant is before asking your partner out on a date. Also before you pick something out, make sure you double-check the ingredients… from the juice to condoms! Checking the labels beforehand or asking before the purchase shows your thoughtful and considerate side.

Most plant-based diets might seem boring, or look and sound foreign. But no matter how they sound, if the food is good, it is food. So long as it has been prepared well, if your partner insists on you trying it out then do so. So when they cook their vegetarian meals, be open to at least try and nibble some of it.

The thing is just like all romantic relationships, dating a vegan comes with its perks as well as its challenges. It’s not any more difficult than dating your fellow omnivore. All it takes is an open mind, willingness to compromise and probably having to switch to vegan condoms. Both the sexual benefits, who won’t want to buy the condoms or eat a plant-based diet?

We all need to understand one another if a relationship is meant to work. Plus, the heart wants what it wants. So if the person you like is vegan and you want to make it work, trust me it will. There are lots of meat alternatives that you can enjoy together. So don’t let one’s dietary choices stand in the way of finding true love. Give it a try.

For more vegan diet articles, visit the diet section on Love is All Colors. 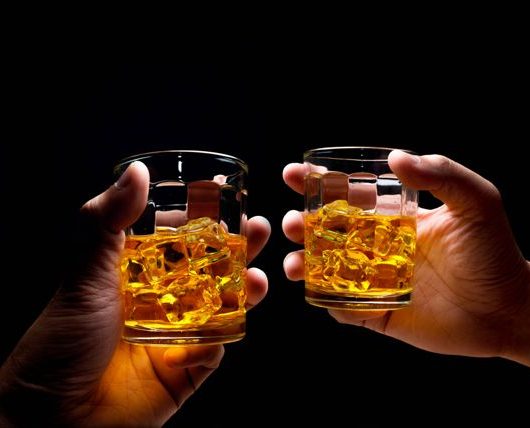 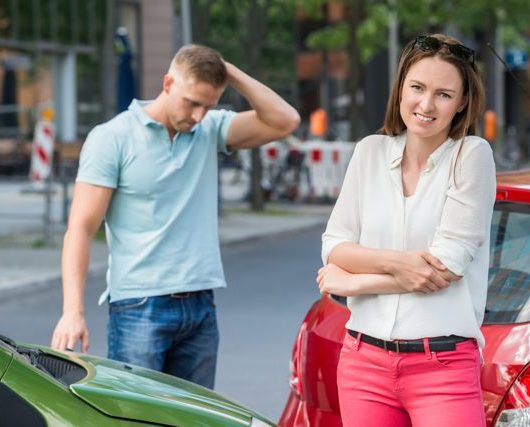 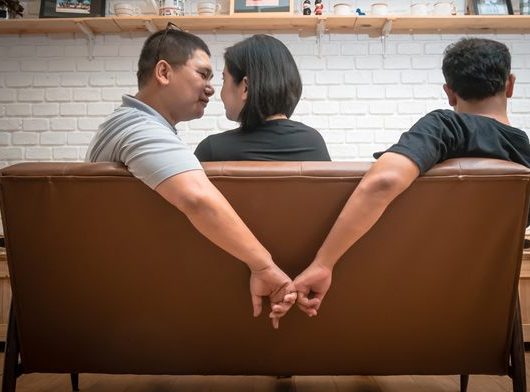 Top Ten Worst Ways to Come Out to Your Parents 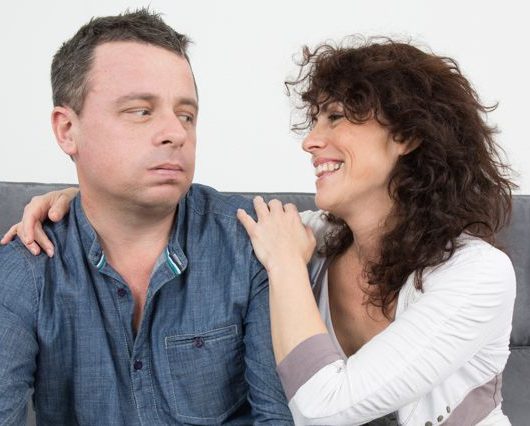 4 Signs He’s Just Not That into You