Elliot Page has reportedly filed for divorce from wife Emma Portner, after being married for just over three years. The pair secretly tied the knot in January 2018.

The 33-year-old Umbrella Academy star reportedly filed for a contested divorce at the Manhattan Supreme Court on Tuesday (January 26).

But it doesn’t look like there are any hard feelings regarding the divorce though, as the pair reportedly remain on good terms after going their separate ways in the summer of last year…

“After much thought and careful consideration, we have made the difficult decision to divorce following our separation last summer,” the couple said in a joint statement.

“We have the utmost respect for each other and remain close friends.”

Elliot Page – formerly known as Ellen Page – made headlines last year when he came out as transgender, and praised his wife Emma Portner for her constant support throughout.

“I am so proud of @elliotpage,” the 26-year-old dance choreographer shared on social media when Elliot Page first broke the news to the world.

“Trans, queer and non-binary people are a gift to this world. I also ask for patience & privacy but that you join me in the fervent support of trans life every single day.

“Elliot’s existence is a gift in and of itself. Shine on sweet E. Love you so much.”

Let’s hope that they remain good friends, and find happiness with other people when the time is right. 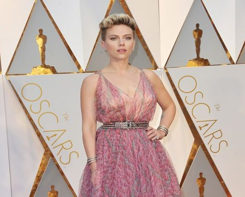