If you are 30 and have never had a girlfriend you are not alone. There are so many great, hot looking guys who are in a similar situation. If you are one of them and all your friends keep showing up at events with girlfriends, you are probably asking yourself “why me?”. Or maybe you just love being unattached for one reason or another. Or you are this person who acts like you don’t care when you are with your friends but your single status is eating you inside. Is it something to be ashamed of?


Read on Love is All Colors as we explore this…

No girlfriend? Something wrong?

Most men who have never had girlfriend at 30 think that there must be something wrong with them. They are constantly wondering what they could be doing wrong. They follow advice after advice but they just can’t score a great woman.

The thing is, it never comes as a shock to me anymore when I meet someone who is successful, attractive (the whole package) but has never been in a relationship. That said, I won’t lie to you that the “BUT WHY” question never crosses my mind. It does all the time. And I always wonder what could be wrong. I mean what is this you could be doing that turns women off every time?

I am sure even the person who totally wants a girlfriend but has never had one can’t answer the question “Why have I never had a girlfriend” with certainty. The reasons could be many. Plus, maybe different girls just have their deal breakers and he has them all (which I think is quite impossible). I am a hopeless romantic. I like to believe there is someone for everyone no matter how flawed one is.

Maybe there is nothing wrong with you. You just meet people who aren’t the right fit. Maybe you just have standards that the women you meet don’t meet. Or you are just the kind of guy who is genuinely comfortable with being unattached and one-night-stands work just fine.


Whatever the reasons for having no girlfriend in your lifetime, is it something to be ashamed of? Hell NO!

Why you shouldn’t be ashamed of never having a girlfriend

If you are one of the guys who have never had a girlfriend, you probably think that everyone is judging you for always being solo. Well, I am sure it crosses their minds for a minute or less. But is it something that they will lose sleep over thinking about it? I will “HELL NO!” again! If you are someone who actively wants to meet someone real, it sucks. But do people really care about your relationship status? Hmmm… Maybe your close family members and the neighborhood gossips. That’s as far as it goes. So why are you feeling ashamed?

People are engrossed in their own worlds

Let’s say you are at dinner with a friend and they ask if you are seeing someone. Dude, it’s just small talk. Period! Don’t overburden yourself with thoughts that they are probably thinking you are strange. You might not have someone to girlfriend but you are probably getting laid more than they are.

The thing is, some questions that people ask are just a way of them being polite, trying to seem supportive or just making conversation. If your main problem is 30 never had a girlfriend, those with girlfriends also have their own set of problems. They are wrapped up in their own worlds. You got your single problems? They got their dating or marital problems.

Trust me. No one spends their free time wondering why you are single. You are probably the only one who is worried I’ve never had a girlfriend! You’ll meet, they will ask, you will answer, and your solo status becomes a thing of the past… until next time they ask.

Being single doesn’t make you THAT special

Yea! You are special. But being single doesn’t mean special. Independent. That’s as far as it goes. the thing is, you are not the only person who has never had someone to call a girlfriend on earth. Being single is not a death sentence. So when you feel down, just remember you are not alone. You are just one of them and there is nothing to be ashamed of. it’s nothing to write home about.

Everyone has their journey… and time

So you didn’t meet the one in high school or on an online dating site. Does that make you a loser? Again… HELL NO! The thing is, people have different paths and journeys. And in your own time, you will get there. Yes, the I’ve never had a girlfriend situation might bother you now, but there is more to life than being attached to someone. Just look at your life and all the other amazing things happening. And if nothing is, then find something to occupy your mind. When the time is right, you will have that girlfriend.

Someday, love will come your way

Right now you might be the 30 never had a girlfriend guy but the day you meet someone worth the wait, you no longer will be. That single guy role you have been playing will be long gone. It’s only a matter of time. Someday, you find love. Now, you are single. It’s just a stage in your life. Don’t give it more power than that. It’s just a stage.

Those who judge you for being single are just insecure

The thing is, people will always make comments. If you are single at 30, they have been making them over the years. They have even suggested ways you could turn your single status into a relationship. But have you ever stopped and wondered that maybe they could be projecting their own insecurities on to you? They have probably never been single and your independence is just killing them. Maybe they are in bad relationships and are using your single status to make them feel that they are better off attached than being single. Or maybe, they are just jealous of how awesome your life is. Just own your life and ignore those that make you feel its less.

You might think its cliche when you have never had girlfriend at 30 but it helps. What’s good in your life? Family? Friends? Booming career? These things may not keep you warm at night but if your life is great in other ways, then you should celebrate it. There is more to life than being in a relationship. And the sooner you realize that the faster you will grow as a person. What’s important when you are single is what’s happening at the moment. When the relationship comes, you will add it to your list of blessings to count.

It’s none of their business


The way you shouldn’t be spending every waking hour of your time thinking about your friend’s crappy boyfriend is the same way they shouldn’t be worrying about you being single. It’s your life. Just care less when someone brings up your single status. It’s none of their business. The thing is, you might be single by choice. Maybe you have prioritized your career over being attached. If you are happy with your life as it is then that’s all that matters.

There is a reason you are single

Being single doesn’t make you the worst person on earth. The people who like you will not like you any less just because you are solo. The thing is, in this busy life of ours, it’s harder to meet someone. And that is why we have dating websites. Career, school, a love for the one night stands, high standards, independence… These and more could be the reason for your single status. Or maybe your awesomeness just intimidates women… Whatever it is, own it. When you are ready, then you will find love.

One great power that we human’s have is the power to forget. The moment you are in a relationship, being single will be something you will forget. Much as you will have some adjusting to do because you have never had a girlfriend, eventually, stability comes. And you will get used to having someone by your side. You will get used to it so much that your single days will become a distant memory. The fact that you had been single all your life won’t matter anymore.

There is nothing wrong with being single

So you go to weddings alone, or, you show up home for holidays alone. So what? There is absolutely nothing wrong with being single. It’s just what it is. You are single. The thing is, being single no longer means that you have no options. It could be a choice to not let a mere relationship status define you. You are probably just living HAPILLY now as you wait for your EVER AFTER to work itself out. If it bothers someone that much, let them write a book about it.

Unfortunately, being single is heavily stigmatized. People see it as someone being abnormal. The thing with our society is that being in a dysfunctional relationship is more acceptable than being single. Being divorced is perceived to be better than never having a girlfriend. So we grow up searching for someone to be in a relationship with just to please society. And this societal perception is what makes some people feel ashamed of their single status.

There is nothing wrong with being single. There is no shame in it. It’s not your fault. You are not a failure.

This societal pressure is what has increased the divorce rate because it forces people to invest in wrong relationships just so they can feel accepted.

Being single is all about being in a relationship with you. Its the most intimate relationship one can have. You can be as true as you want to with yourself. No one else to please but yourself. It should feel natural and comfortable. Unfortunately, we usually think it’s better to be with someone other than to be with ourselves. Maybe that’s how we are wired. Maybe its the pressure. Crazy, right?

Well, it’s normal to crave companionship and connections with others. We are social beings. But that doesn’t mean that you get into a relationship for the sake of being in one. Don’t lower your standards just because you don’t want to die alone. Don’t let your desire to be with someone to be fueled with the discomfort of being with yourself. You have friends, right? Nurture those relationships as you wait for the right person.

Ever wondered how to date a guy who has never had a girlfriend? Follow link…

Seeing The Person, Not The Stereotype 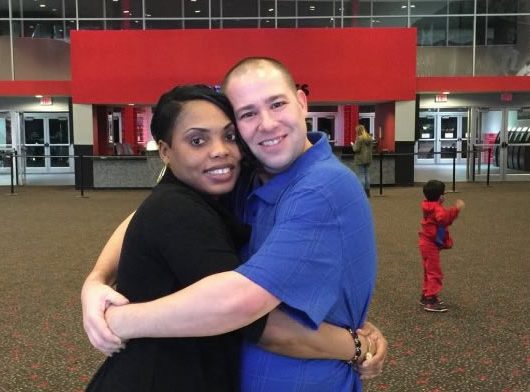 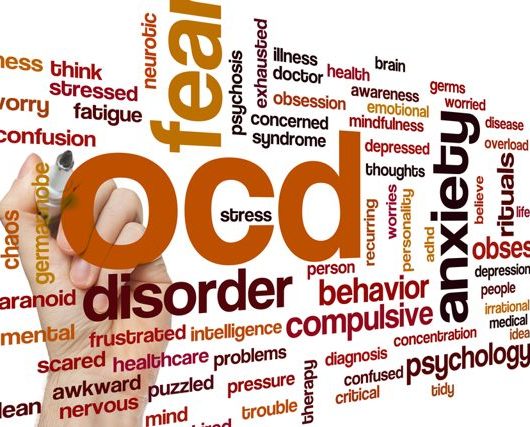