They Bonded Over Beer Flights

Neither Carolyn nor Anthony were new to online dating when they joined our site. “I’m attracted to other cultures,” Carolyn tells us when asked why she chose us. Anthony nods, saying, “I’m interested in dating outside my race.”

She used the online handle “SexyRican82” and his was “Daivion.” In a matter of days, they had already noticed each other’s profiles. “He reached out to me through instant message,” Carolyn remembers. What drew Anthony in was the fact that “she was looking for love and very attractive.” She was interested by “his picture and his profile,” so they began conversing.

“We talked on the phone for a month,” Anthony remembers. “Then I flew out to Chicago. We went to dinner and tried different beers.” Both singles were surprised by “how good the beer was!” What didn’t surprise them, happily, was how each other looked. Both say they were a perfect match with their profile pix.

After that, Carolyn was convinced they would continue dating. “I knew that I wanted to be with him, and I saw my future with him.” However, after the first date Anthony was “not sure” there would be another!

There was another, of course, and many more dates after that. Now Anthony can’t believe how lucky he is. “She has so much love to give,” he says of his sweetie. Carolyn is entirely taken with him as well. There was no false advertising here… “His profile and who he is are spot on,” she says, indicating that Anthony is just as cool as he seemed online. “He was exactly what I was looking for.”

These two are candid about their early incompatibilities. however. Anthony says there were “a lot” of issues to resolve. “She wasn’t being honest with me or taking care of her health,” he tells us about those early days. Obviously, those problems were worked out. Carolyn wasn’t worried about any obstacles in their path. According to her, the biggest challenge was “getting used to his loud Italian voice!”

That being said, she wouldn’t really change anything about her man. “He is very real and doesn’t sugarcoat anything,” Carolyn notes. “He always has my best interests in mind.” And Anthony knows Carolyn’s heart is true, too. “This is the first time I actually feel that I’m going to marry someone,” he tells us.

Each member of this power couple has something to impart to the users of our site. “Take the time to know the person, don’t rush into anything,” advises Carolyn. And what does her partner have to say? “Be 100% yourself,” contributes Anthony. “Be real and honest.”

The Art Of The Interracial Breakup 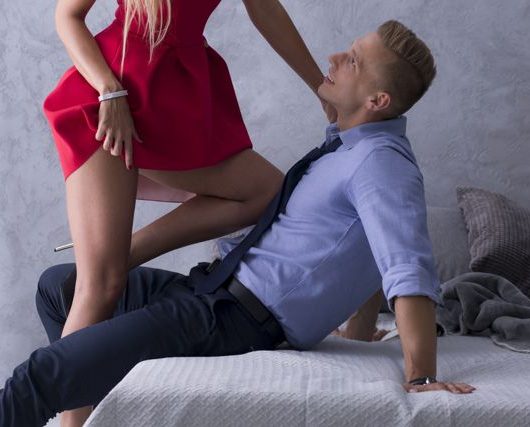