In her newly-released memoir, You Got Anything Stronger?, the 48-year-old Bring It On star opened about feeling “devastated” about Dwyane Wade having a child with another woman before they got married. She said it hurt even more because she and the 39-year-old former basketball player had their own struggles with getting pregnant.

Gabrielle and Dwyane – who have now been married for seven years and are parents to two-year-old daughter Kaavia, who they welcomed via surrogate in 2018– started dating in 2008. They had a brief break in their relationship in 2013, which is when Dwyane fathered his now seven-year-old son, Xavier, who he had with Aja Métoyer. He is also father to Zaire, 19, and Zaya, 14, from a previous relationship.

“To say I was devastated is to pick a word on a low shelf for convenience,” Gabrielle said in the book.

“It should go without saying that we were not in a good place in our relationship at the time that child was conceived. But we were in a much better place when he finally told me about the pregnancy.”

Gabrielle Union also went into heart-breaking detail about how she felt about the retired Miami Heat player being able to father a child with another woman so easily. She previously spoke very candidly about being diagnosed with adenomyosis, and having “eight or nine” miscarriages due to the condition that affects the uterus.

“The experience of Dwyane having a baby so easily while I was unable to left my soul not just broken into pieces, but shattered into fine dust scattering in the wind,” she wrote.

“With desperate hands, we gathered what we could to slowly remake me into something new.”

She went on to say that a doctor told her that the “best chance for a healthy baby would be surrogacy,” which is an option she and Dwyane considered. And we bet they’re eternally grateful that they went down that route, as they seem blissfully happy with their daughter, Kaavia, who was born via surrogate.

We’re so grateful that Gabrielle Union was able to open up about this painful chapter in her life, and can’t wait to read the rest of her memoir.

You Got Anything Stronger? is out now. 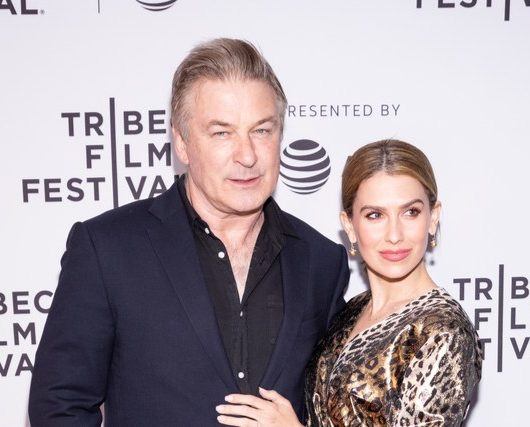