There are so many online dating profile mistakes that men make without even realizing how much they are the biggest turnoffs for women. One would assume that because of the popularity of online dating, people will be good at attracting potential mates through this platform. Unfortunately, so many millennial males fail massively at it. Most women using dating apps like Tinder at least expect the men to have some basic Tinder etiquette if they expect to be swiped right. Plus you have to understand that online dating is a competitive sport. So you need to sell yourself and stand out!


If you have been turned down constantly, scroll on as Love is All Colors goes over some of the things on your profile that are on our turn offs list…

There is nothing like vanity here. If you don’t have a profile picture, why would I bother contacting you? According to studies, most people who have no online dating profile pictures are usually ignored. No matter how compatible you might be with a match, one will always wonder… ‘What is this person hiding?’ ‘Is he ashamed of online dating?’

Telling a woman that she looks better in some of her photos is one of the greatest turnoffs for women. Trust me, it won’t be taken as a compliment. It just shows how much of a jerk you are. Have some tinder etiquette. There are some guys who can be mean and rude on their profiles even before contacting a woman. Especially those who come up with a list of requirements for potential mates that make them just be douchey. For instance:

“Looking for a woman with long black hair, funny, smart… Oh, and you better have a fine a** body (No fatties allowed). I am picky like that. Hell, I can afford to be.”

To be honest, even a woman with all those requirements won’t touch you with a twelve-foot pole. So you have a type. Look for her as opposed to being a douche about it. These shallow, obnoxious demands are the kind that makes it to the list of turnoffs for women.

So you are in a rush to finish that profile already. But in this age of Grammarly, spelling and grammatical errors are inexcusable. Please just take a minute and check for writing errors. Most experts who have analyzed and researched turn ons and turn offs list always site spelling errors as a huge mistake. This just makes a dude seem lazy, careless and for a lack of a better word, stupid. Who wants a dude like that?

A typo or two is fine. But if your whole profile is full of them, trust me, there is nothing as putting off as a profile full of errors. And am I trying to get to know you or marking your profile? Plus, there is an ecard about it which goes…

“The fact that you failed to spell check your online dating profile gives me serious doubts about your attention to detail in bed”.

And while doing the spell check, consider punctuation too. Much as these are easy to make, they are fixable. Install Grammarly.

4. Enough with the abbreviations and acronyms

5. Writing general things that mean nothing


Here is an example:


“I am fun, intelligent, caring. I am not like other men. I am a different kind of guy”.

OK. How different are you from other guys? Every other guy says all that they are fun and intelligent on their profiles. Your profile is not supposed to be general. It needs to stand out. Go deeper with the description of yourself. Share specific info about your interests and personality. That way the girl can pick out things you two have in common. Give women the reason to want to send you a message. If for instance, you are funny, ask yourself how/why/what? So if you are an active person talk specifically about what you do to stay active. So when you message a chick, she will have something to ask you about making it easy for them to talk to you by asking for a deeper description.

6. Depressing accounts of your breakups

No matter how interesting the beginning of the profile is, one of the biggest turnoffs for women is when they stumble across your sob story about how women have done you wrong. It’s such a buzzkill.


“I’m sick of being hurt. I have been hurt too many times by women.”

“I’m going through a divorce.”

Yes, you have been hurt before. So have almost all the other members on the dating site. You are not on a dating site for therapy. So please stop oversharing. You can’t possibly be on a dating site and start telling people how you have given up on love. If a dude can dump that much baggage online, imagine in real life. The thing is, you don’t want your online profile to have that baggage garbage.

Saying you are sick of being hurt will not only ward off the devilish women, but it will also scare off everyone.

Now don’t get me wrong. I am not saying that we women want ti to be matched with a broke guy. We love money. And much as I might be an independent woman,  it won’t hurt if you came into the relationship with lots of cheddar. But when you overemphasize how rich you are or how much money you make on your profile, trust me, when searching for the turn ons and turn offs list of online dating, this will be high on the list of turn offs. A close second to emphasizing how much money you have is pictures of your car. Am I looking for a relationship with your car or a personal relationship with you?

I mean, do you really have to take a picture of yourself counting money or showing women how much you carry in one seating or using the screenshot of your bank balance as the main picture is super unattractive. Much as we love dating a man who has the potential to spoil us once in a while – or always – the assumption that women are only interested in how much money you make is demeaning.

8. Listing all traits of what you don’t want in a potential mate

This is an inappropriate use of a dating profile and a complete waste of it. “I don’t want drama”. “I don’t want someone clingy” I don’t… I don’t… Women also DON’T want that much negativity. Yes, we all have our lists of what we expect in a potential mate. But does yours have to be that negative and that aggressive? This is what makes you swipe left.

Instead of having a must-have list from a negative point, how about flipping it and make it about what you want as opposed to what you don’t want. Make it something a little more pleasant for the women to read. Instead of “I don’t want someone who is clingy and has drama’, flip it to “I am looking for someone independent and easygoing”.

Now the thing with dating is that sometimes, the things that work for women might not work for men and vice versa. Well, the infamous selfie is one of those things on the online dating turn offs list. When it comes to dating profiles, women who use selfies do better online. That is not the case for men. For some reason, it rubs women the wrong way when they come across guy profiles with selfies. Not to sound sexist but selfies kind of seem more like a girl thing.

There is this assumption that apps like Tinder are for people who don’t take dating seriously. That they are just looking for fun and casual hookups. But even if you hold that to be true, that doesn’t mean that now you go all vulgar about it. This is what makes you swipe left. It doesn’t really matter what a woman is looking for in a relationship. Sexual references on a profile are just gross. Don’t make women who are online look like a sexual void. I am on a dating site, not the streets. Putting all that sexual stuff on your profile is too soon.

11. Pictures of you with other women

Yes. So you are the ladies’ man. So what. Those pictures of you with women on the beach with their arms around you or those of you posing with some half-naked women won’t fly. In what world has showing a woman you like that you can get any woman on the planet ever worked? I am not saying that showing a little of your social self is bad. All I am saying is, it is you you are selling. How about keeping the focus on you, huh?

12. Riding on a free membership when there is paid…

There is nothing wrong with being on a free membership but believe me, it will cost you. The thing is on a paid membership, you have higher chances of meeting with someone. The thing is women usually feel that men on a subscription are more serious about finding relationships. Plus as a man, you will have more options and more access to great features offered by dating sites. Your chances of meeting someone will be much higher.

13.  Too many hats on pictures

Apparently, too many hats and caps is one of the turnoffs for women. Besides being a turnoff, it kind of arouses some suspicion. The thing is, even if you are a cowboy, try and at least have one picture of you where the women can see your head otherwise, you will either come off as someone who is hiding or covering up something. Even if you are going bald, don’t cover it up. Some women will find that attractive. You would rather they see the baldness that letting them think you don’t love yourself as you are.

The thing is, it might reach a point where you might have to meet online and she will see the baldness. Now if you have been hiding that online, it is a turnoff because the woman might feel duped. Plus, the turn off will come from the fact that the man is embarrassed about how he looks. And insecurity is not an attractive trait for man.

This happens a lot on dating apps. Some men craft their bio section and talk about their sexiness which makes their sexist ignorance be the center of their profiles. As much as you want your attractiveness to show or let the women know how good you are in bed, it is not attractive.

In this era of technology and phones that have cameras and access to dating apps and mobile-friendly dating sites, why do you have one picture when you can easily take one and upload it instantly? One picture is quite suspicious.

Now that you know what turns off women, go over it and update it. Read this article on how you can make the most out of online dating. 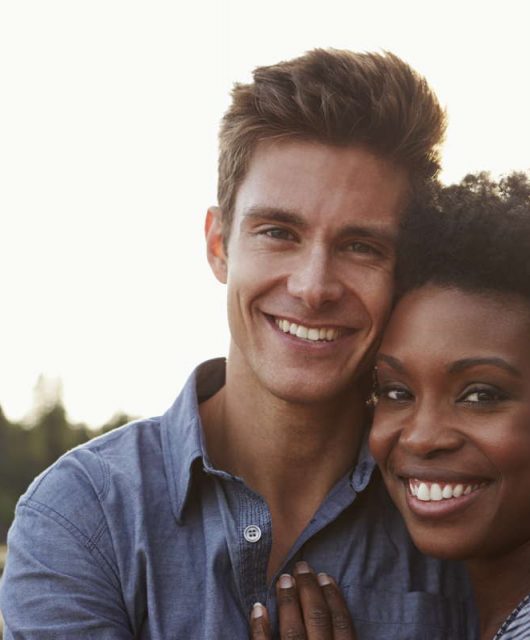 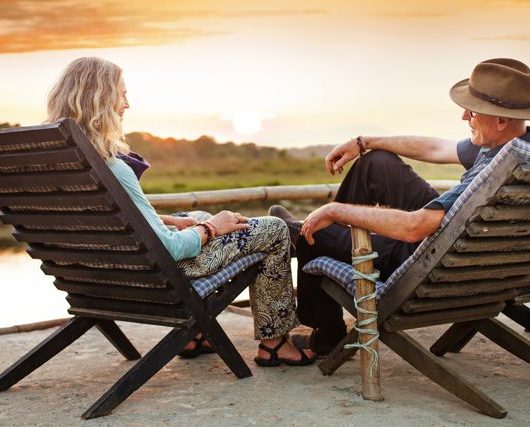 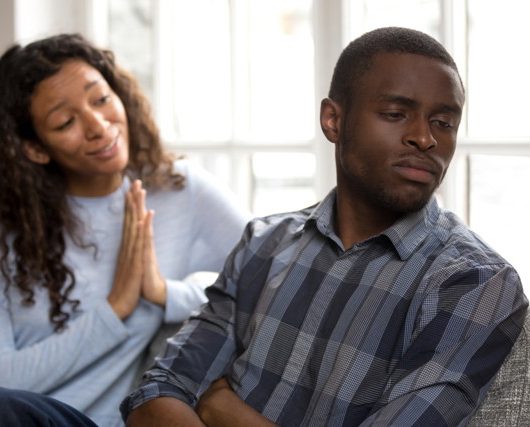 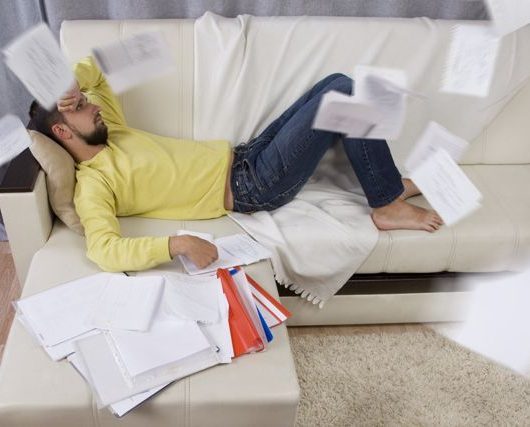