The fight against minority racism is an ongoing one. There are some people who don’t want to embrace diversity. Most black women and Read my personal experience with this vice…

Oprah Winfrey once said: “I was raised to believe that excellence is the best deterrent to racism or sexism. And that’s how I operate my life.”

Just like Oprah, that’s what I believed. That’s how I groomed myself to be. Striving to attain excellence in everything I did, assuming one day people could see past the general beliefs they had about my race. And maybe, just maybe, I would get an opportunity to prove how worthy I am in the society.

“Always strive to be the best out there, they already think you are not good enough,” is what my dad told my siblings and I the day we moved from to America.

This is my story. This is how I fought against minority racism. But you know the bitter part? It back-lashed.

Coming to America and my fight for minority rights

I was born the fourth child in a family of seven.. talk about a large clan yeah. A typical Ghanaian close-knit family striving to make ends meet. In 2001 my dad relocated to the United States in search of greener pastures, and within two years the rest of us joined him. During his two year stay before we came, he was able to study the society, experienced racism and did not hesitate to educate us on what racism, white supremacy and the rest of them are. I took the advice most. I believed if I became a model minority, I could go against minority racism and to some extent make a change. My goal was to become a minority example who stood up for what she believed. So I thought.

When my family moved to East downtown Houston, Texas in the mid summers of 2001, I was 10 years old. The community was indeed welcoming as there were other black families already resident. Blacks cut up to 24.14% of the entire Houston population. So it didn’t take long for my mum and siblings to make friends. But I, on the other hand, wasn’t getting along so smoothly.

I was skeptical about this new home. I felt there was something amiss. Even at a tender age, I seemed to understand the society better than most. I saw biracial racism in school. I knew the driving force of relationships and the essence of racial relevance. Thanks to my dad, his endless recount of bitter work experience stemming from racial slurs, bad experiences of nepotism and discrimination made me aware at a tender age.

So while my siblings experienced the fun of childhood and adolescent, I buried myself in academic work, books, rallies, fight against racism, became a model minority and sought ways of empowering youth to fight racism.

My high school days weren’t any different. I continued with my subtle fight against minority racism and told whoever cared to listen. I believed it when Bobby Seale said, “You don’t fight racism with racism, and the best way to fight racism is with solidarity.”

The perspective of a minority on minority racism

During my academic years at Eastside high school, I actively involved myself in most human rights club campaigns. I attended every seminar, read extensively and maintained a good track record. My father was proud of me, everyone was, or so I thought.

On the night of my graduation from high school, my dad called me into the study, and we had a long chat. He told me how proud he was and acknowledged how much I had achieved. However, he told me some fights are best left alone.  And that he hopes I find my truth in the midst of all this.

In his opinion, people will always see you from their own perspective and not any other way. And we see this a lot with Asian dating stereotypes. He further advised me to care more about my culture and focus my energy on myself, my community and my faith. In my opinion, I felt that he had given up.

After high school, I went into Columbia University – talk about the reward of hard work, right? I chose Columbia because it was close to Washington DC, and I wanted to be close to “where things happened.” I bagged a degree in history specifically African American history. Professor Manning Marable acknowledged my zeal and mentored me although my academic years at Columbia.

Then I met Brian…

All through my adolescent years, I tried as much as possible to stay away from distractions especially the opposite sex. I avoided the mistakes most African American kids are prone to make. Of course, I believed to be a true model of what an African child should be. So, when my siblings and classmates were busy making memories, falling in love and getting their hearts broken, I wore the “white hat” of strict discipline and buried my nose in books or minority rights rallies.

When I met Brain, I had little or no clue about relationships. But every nerve hinted I had to be with this man. I wanted to believe love is all colors.

Brain Anderson was from Australia. We met after a friend invited me to a Brooklyn historical society fundraiser. After a few hours of discussion, exchange of phone numbers and a couple of lunch, we officially began dating.

He seemed to be interested in my views about the society, minority racism, empowering youths to fight racism and the need for the world to embrace diversity. He would assist me with draft articles for my blog, prepare me for seminars, gave me attention when needed (At least that’s what my friends and the world thought of us).

Was I as racist as the rest?

Maybe it was all in my head, or it was true, but something about the Brain wasn’t so right. I felt it, but I let love cloud my senses. Maybe I wasn’t so aware because it was my first shot at love, or perhaps I chose to believe that everyone sees the world the way I did.

At first, he was adorable and cute. Then I realized Brian would look for the slightest opportunity to point out that I was actually not an advocate of racial emancipation. He searched for an opportunity to point out that I was just as “racist” as any other person and that being colored didn’t change that. Then if I tried to correct him against making such statements, he would go all out defending himself, suggesting my years of fight against minority racism has made me overzealous. And for a moment I thought maybe something was actually wrong with me.

On one occasion, I guess the summer of 2015, I think we were one year down the dating line. We went out to Masa’s with a couple of friends. We were having lunch discussing black right revolution when I jokingly said: “ If I were Martin, I would take a bold step and take all my black folks to a new location away from all that drama.”

Guess who attacked me? My boyfriend!

He lashed out on me so hard and suggested nothing like what people thought I was. I tried to defend myself, but no, he wouldn’t let me speak. Some friends at the table joined in his support and talked me down for even suggesting Martin Luther King should do such. Some said: “And she always claims to fight against the racial division.” Others slurred, “Yeah, there goes the anti-racism activist”. No one stopped to see the joke behind my words. To them, it was Ironical how I fought hard against racial minors all my life, only for me to be a racist.

He would appear as a knight in shining armor, the perfect gentleman. People thought I was the one with issues in the relationship saying: “Yeah, she’s always been a hard nut to crack”… more like I was already judged before I was arraigned. In his opinion, “It’s the people who don’t recognize the racism within themselves that can be the most damaging because they don’t see it.”

On the eve before we set out for Australia, I bought a handcrafted Australian tea set. I thought it was the perfect first time present for his mum, but no he didn’t like the idea. In his opinion, I could have gotten any other thing… Why an “Austrian” tea set? He said maybe I felt wasn’t proud enough for some of my indigenous African gift sets, that I had to gift her something she was used to.

That straw was the last, and the camel’s back broke. I got back the girl I lost years after I met him and quickly reminded him of who I was, and that that I wouldn’t let his insecurities put my emotions in jeopardy. I called off the trip, packed my stuff and yeah I took my cute tea set and left.

Where did I go wrong in fighting racism?

I realized the first mistake I made was believing everyone saw life the way I did. I was eager to please everyone, to be the minority example in this fight, to be perfect, to please, to lead. In all that I had a duty to take care of myself, to lead myself, to be deserved, and to be a member of the society.

I let Brain use my fight against me just so he could soothe his insecurities. He couldn’t stand the fact that I was a strong black woman who believed in something and was ready to fight for it. When I finally realized my truth, I recalled the words my dad said to me on the night of my graduation after high school, “Akila, I hope you find your truth in the midst of all this. People will always see you from their own perspective and not from yours. Care more about your culture and focus your energy on yourself, your community and your faith”.

I guess I took the advice, after all. I suffered a backlash from people especially the one I loved because they couldn’t stand a woman with a purpose. Maybe I spoke too honestly, and they saw in me a reflection of who they all wished they could be. I worked too hard to prove my humanity to the whole world and forgot to take care of myself.

The following years were spent on various adventures. I finally gave Brain a listening ear but that episode was over. If I were going to be with anyone, it would be someone who wasn’t threatened by the woman I was. Someone who understands my fight and is ready to go all the way through it with me.

He wasn’t that hard to find anyway. I bumped into Fredrick at the mall late 2017, and things have been great. He encourages me, understands the unspoken words laid in my silence. It feels good to find someone who truly believes in you. I no longer care whether people believe in my fight or not, neither does he. He encourages me to do my thing my way. And ever since I took the advice of the two most important men in my life, my life has been fantastic.

When do we even start becoming racists? Well, check out this article on children racism that will interest you. 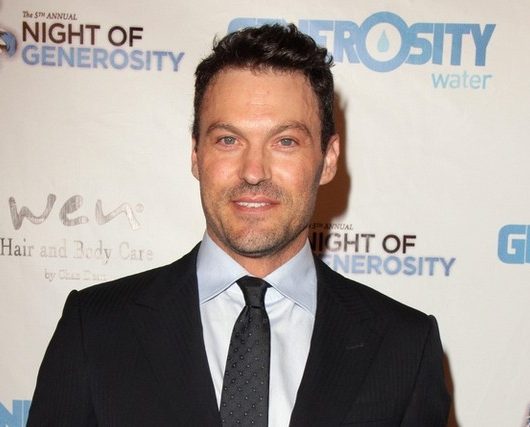 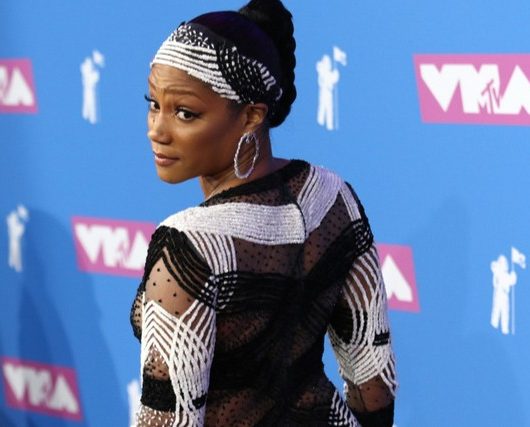 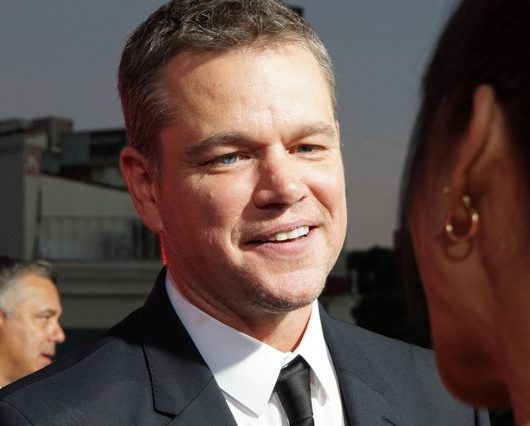 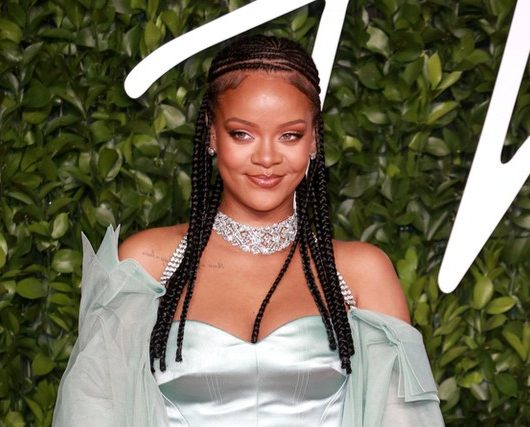